There’s always the schoolyard bully who thinks he can single out a particular person or group for his abuse. Then, when that person swings back and knocks him on his derriere, the bully winds up crying and whining and claiming that HE’S the one being picked upon.


That is the image that popped into my head when I read the statement that Republican gubernatorial candidate Bruce Rauner issued this week to complain about what he perceives as the labor unions planning an aggressive campaign against him.


RAUNER CITED A story from the Springfield-based Capitol Fax newsletter, which reported how the labor unions are planning to spend somewhere between $6-8 million on broadcast advertising spots whose theme is ABB.


As in “Anybody But Bruce.” The unions will use their political influence in the months leading up to the March 18 Republican primary to persuade GOP voters that they should pick any of the other candidates for the gubernatorial nomination.


It’s not that the unions want any of those people – Kirk Dillard of Hinsdale, Dan Rutherford of Chenoa or William Brady of Bloomington – to actually become governor.


It’s just that they really hate the idea of a “Governor Rauner,” whose number one theme of his campaign has been that organized labor needs to be restrained – if not taken down outright.


HE HAS BEEN rather clear about his opposition to the labor unions that are a part of the mechanism of state government. He doesn’t hide the fact that he is hostile to their desires and will push for actions that handicap them severely. The unions want to knock Rauner out early, rather than let him go head-to-head against the Democratic gubernatorial incumbent.


Now I’m not about to get into a diatribe about the place of organized labor in modern-day government.


It’s just that for all the hostile rhetoric Rauner has spewed on the issue, he has no right to be “shocked, shocked to learn” that labor leaders don’t like him. To the degree that the Capitol Fax newsletter reported how unusual this tactic is.


Typically, union officials would show their opposition to Republican partisans grandstanding at their expense by throwing their support to the Democratic challenger.


EXCEPT THAT IN this year’s election cycle, the Democrat (unless Tio Hardiman pulls off the miracle of the Millennium) is Gov. Pat Quinn – who wants another full term as governor.


The unions aren’t that thrilled with Quinn these days. He did, after all, sign into law a pension funding reform measure that the unions believe wrongly cuts into the benefits their state government employee members will receive upon their eventual retirements.


They are the ones that will file the lawsuits that, they say, will eventually find the plan approved by Quinn and the General Assembly to be unconstitutional.


But for now, they’re so fearful that Rauner will win the primary and gain momentum that he might actually be able to beat the Mighty Quinn come the November general election.


PERSONALLY, I THINK that Rauner could wind up taking down the Republican ticket because his presence would drag down the vote in the rest of Illinois (as in, outside of Chicago). But in a four-way race (actually six-way, but the other two GOPers are mere tokens), it is likely that the “winner” will be the person who takes about 30 percent of the primary vote.


With the money Rauner is spending to try to appeal to the segment of society that wants to look down on organized labor, he could take that 30 percent. 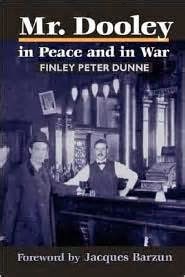 Hence, the reason why Rauner and his operatives are using the word “hijack” to describe the efforts of labor unions to express their opposition to the man whose campaign theme seems to be to demonize their very existence.


The unions that Rauner wants to smack around in an effort to become governor plan to punch back. It’s politicking, as usual. For as author Finley Peter Dunne’s “Mr. Dooley” told us more than a century ago, “Politics ain’t beanbag.”