Peoples’ imaginations, or legitimate concerns, about new East Side school

Did the family of one-time Alderman Edward R. Vrdolyak just manage to sell a polluted plot of land to the city for a proposed school building; thereby enriching itself while also creating the potential for exposure of little children to dirt and filth?!?!!

﻿ To listen to the people who have way too much free time on their hands, the answer would be yes.

FOR ALL I know, they probably can come up with scenarios that are far more outrageous than the one I just created. Which in a certain sense is factually accurate, but has about as much spin on it as those people who are going to defend the Chicago Cubs’ potential for a 95-loss season as not being so bad because the White Sox will probably lose 98-100 games in 2013.


So what is going on here?


City officials let it be known Sunday that they want to build a new public school facility at 104th Street and Indianapolis Boulevard. For those of you who don’t know the East Side neighborhood or the 10th Ward in general, the site is just two blocks from where Indianapolis Boulevard intersects with State Line Road and Illinois evolves into our less cultured Midwestern brother known as Indiana.


But the East Side neighborhood rumor mill already is working itself into overtime, what with the people who are trying to figure out just how crooked a deal enabled this school building to be built.


EMANUEL DIDN’T DO himself any favors by the way he handled the announcement – he made a vague statement, then left without taking questions.


In theory, 10th Ward Alderman John Pope was available to handle queries. I’ll give him some credit for trying to do the best he could with what information he knew to answer community concerns.


But there are those who are suspicious of the deal, which was bound to be complicated by the mere fact that it is being built in a heavily industrial part of Chicago where there are some unique concerns that need to be addressed.


According to the Chicago Tribune and Chicago Sun-Times, the plot of land was owned in part by a relative of Vrdolyak. So when it was sold to the city, it means someone in the family came away with a few bucks.


THE LAND ITSELF was the former site of a gasoline station. Later in its life, it became a car wash.


Which means its history includes underground storage tanks that may have leaked fuels (The Tribune has found out about preliminary testing that found one leaking underground tank, and the presence of benzene in the soil), along with chemicals used to clean automobiles being spilled onto the ground and seeping their way into the soil.


Yes, the site is polluted. Part of the cost of developing a school building at the site is going to include some environmental cleanup. Although there are bound to be some talks to see just how little can be done and still have the site be in compliance with environmental law.


We don’t want to find out that children are getting sick because of where they go to school. Do we?


IT BRINGS TO mind the climactic scene from the 1982 film Poltergeist – when we learn the reason the homes are tainted spiritually is because the nice, new suburban-inspired housing development was built atop a cemetery, and the developers thought it would be easier to just build the houses atop the graves without going to the “needless” cost of moving the bodies! 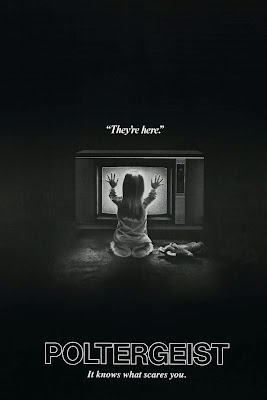 Now I don’t know of any plot to pollute East Side neighborhood children. Just like I don't know that a Vrdolyak relative made a financial killing off this deal.


Although I do wonder how it will work out to decide which children wind up at the new school, and which remain in the facilities of the Gallistel Language Academy at 104th Street and Ewing Avenue.


The building has some character (its oldest portions date back to the late 19th Century). But it is cramped.


AND SOME PARENTS are concerned that “favored” children will wind up in the new building, leaving behind others in the old, inadequate facilities. Of course, no one is specific about who would be considered a favored child, or who would be punished by remaining in the old facilities.


Then again, favoritism isn’t exactly an unheard of concept when it comes to Chicago or its political structure. Which may be why a lot of 10th Ward residents have more than their share of concerns these days about what ought to be a wonderful announcement about building a new school.