EXTRA: 2013 truly historic, in a depressing way, for our baseball fans

We can now forget about 1948 and the incredibly awful professional baseball that was played on both sides of Chicago that season.


For the record books will officially record 2013 as being even worse.


WITH THE CHICAGO White Sox being defeated Friday 6-1 by the Kansas City Royals and the Chicago Cubs going down to a 7-0 loss to the St. Louis Cardinals, the two teams now have 192 losses combined.


The two teams back in 1948 had 191 losses. So with two games remaining for each club, this is now the worst combined record we fans of Chicago baseball have had to be subjected to.


Not that losing is unique to Chicago baseball. Both ball clubs have put versions of themselves throughout the past century-plus of play that were dreadful and disgusting and thoroughly besmirched our city’s reputation with their awful play.


But there usually is something of a split. One ball club is usually a bit better than the other. We don’t get subjected to the combined crud all at once.


ALTHOUGH IN THE case of White Sox fans who went into this season thinking there might be a slight chance their favorite ball club could somehow improve on last season’s performance (they almost won a division title), the disgust level is more intense.


Then again, White Sox fans usually get more disgusted than their Cubs fans counterparts – who this year seem more disgusted with the fact that Old Style-brand beer won’t be sold at the ballpark anymore than the godawful play of the Cubs.


Keep this fact in mind. I’m sure some Cubs fans are going to take some perverse pleasure in the fact that the White Sox have a chance to actually lose 100 games this season (if they lose both Saturday AND Sunday to the Royals).


But despite how badly the White Sox played this year, it wasn’t until a couple of days ago that it became definite that the Cubs would have a better record.


THE CUBS ARE a team that could wind up losing 96 games this year – which stinks just as badly as the Delta House collective grade point average in the film "Animal House."


In fact, just as how the Delta GPA was the lowest in Faber College history (think actor John Vernon’s “Dean Wormer” character in a rant), Chicago baseball’s loss total was the worst in Second City baseball history.


Somehow, I suspect many Chicago baseball fans are going to have the same reaction as Delta pledge Flounder when they recall this season! If they recall it at all – it is officially the worst combined effort in my nearly half-century of life.


So now, we’ll spend this weekend seeing if the White Sox actually hit the 100-loss mark (which would be one game better than the Cubs’ 101-loss record of 2012).


NOT THAT I’M taking much pleasure in that fact. Losing stinks, no matter what form it takes!


There’s also the fate of the management. The White Sox let it be known Friday that manager Robin Ventura will be retained to fulfill the final year of his contract in 2014. It seems that near division title of ’12 balances out the disgust of this season. Next year will determine whether Ventura ever gets a managerial post with another team when the day comes that he is finished with the White Sox.


And as for the Cubs, my gut says that manager Dale Sveum is gone come Monday.


He’ll get the blame for the stink of two Cubs seasons that no one in their right mind should have expected anything from. Except that Cubs fans are delusional enough to think that Joe Girardi would ever contemplate leaving a New York Yankees managerial post to be a part of the Cubs.


TEAMS THAT LOSE 101 and (possibly) 95 games are dreadful. And that may be the ultimate commentary about the 2013 version of the Chicago White Sox and however many games they wind up losing – they played themselves down to Chicago Cubs-level baseball. 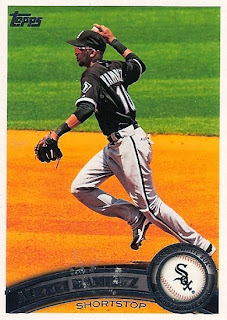 EDITOR’S NOTE: Am I alone in thinking that Alexi Ramirez’ lost home run in the sixth inning of Friday night’s loss to Kansas City is somehow symbolic of how disgusting the 2013 season was for the fans at U.S. Cellular Field? I still can’t contemplate the catch Alex Gordon made of that home run, or the sound of White Sox broadcaster Ken “Hawk” Harrelson having to “take back” his home run call after he had put the run on the board!
Posted by Gregory Tejeda at 10:11 PM