Who protects the president’s house? 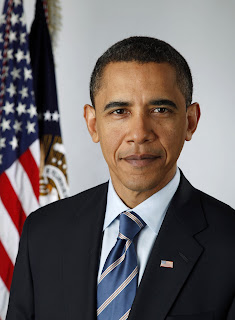 offering protection to the home on the border between the Kenwood and Hyde Park neighborhoods that served as the very unhumble abode of one Barack H. Obama and family.

Amazed because I was surprised that the Chicago police were still involved.

WHILE I EXPECT local police to cooperate with the Secret Service when it comes to matters related to the president’s security, I also expect the federal agency to have control over the matter.

Perhaps this is yet another reminder that Obama of Hawaii who chose to live his adult life in Chicago has moved on with his life and really isn’t our local guy anymore.

For what it is worth, the Chicago police told the Chicago Tribune that their detail that kept an eye on the largely vacant house will be removed as of Oct. 1.

While there will be circumstances under which Chicago police will be involved in that neighborhood, it will now fall to the Secret Service to ensure that nobody tries to “get” to the president by getting to his house – even though he has spent little time there this year on account of the fact that his new “job” comes with a big white mansion.

THE ONLY CATCH is that you have to live outside of the greatest city in this country, and have to settle for a few years of life in the District of Columbia.

Now when I say “get” the president, it could be something as simple as an act of vandalism against the building. An empty house can be seen as an invitation to people with way too much free time on their hands to show up and do something immature.

When it comes to the vehemence by which Obama’s political critics view him, I wouldn’t rule out any kind of stupid act.

In fact, it is what has run through my mind ever since I learned a few weeks ago (along with many other people) that the house next door to Obama’s Chicago abode was on the market.

GETTING TO THE president could also involve trying to get ahold of that structure, in hopes that it gains one some proximity to the president.

I understand that prospective buyers wishing to see the house are being put through something resembling a security check – in hopes that a check of credit rating and criminal background will weed out obvious crackpots.

So I hope that the Secret Service fully appreciates the degree to which protecting Obama and family also includes keeping an eye on the Chicago home and even the neighborhood.

I understand that some Hyde Park residents are getting weary of the degree to which security increases on the rare occasions when Obama does return to Chicago. Perhaps it is a pain in the butt for them to have to go through a security check because they chose to take a walk to the nearby Treasure Island grocery store (one of those outfits that bills itself with pride as “America’s most European supermarket”).

BUT IT SHOULDN’T be.

Because one of the traits of the Hyde Park neighborhood is the degree to which it isolates itself from the rest of South Side Chicago.

Much of that is the way in which the University of Chicago stands out like a sore thumb from the parts of the city that like to take pride in a certain working-class atmosphere (even if in reality they charge ridiculously high rents so that no working-class person could actually afford to live there).

And then, there’s the “bottom line” issue – at least for those people who are determined to nit-pick this particular president because they can’t get over the fact that John McCain lost (and that McCain beat Mike Huckabee in the primary).

THE CHICAGO POLICE plan to get reimbursed for much of the expense of maintaining a detail of officers in the vicinity of the home.

The Tribune says that police union officials contend it will be about $1.5 million for the period from January through July, with about another $650,000 in expenses that will not be reimbursed by the federal government.

So how will the Obama critics trash him for this?

EDITOR’S NOTE: Just one question. Who mows the lawn outside the Obama residence (http://www.chicagotribune.com/news/chi-obama-security-chicago-23-sep23,0,5836388.story) when the “first family” is out of town?
Posted by Gregory Tejeda at 12:01 AM