Statehouse could pass for Rick's Cafe these days 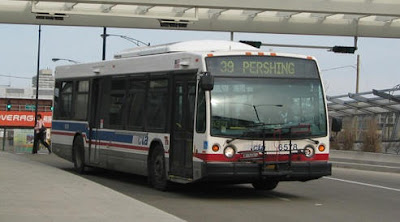 When I learned that the Illinois General Assembly did nothing Wednesday during its “specially called” late afternoon session to address Chicago’s mass transit funding problems, I felt like Capt. Renault.

I held out slight hope early in the day, when I read stories on web sites maintained by Crain’s Chicago Business and WBBM-TV, both of which noted Gov. Rod Blagojevich’s order to bring the Legislature into session at 5 p.m. so they could take action on some measure that would resolve the funding shortfalls for the Chicago Transit Authority.

Instead, the Legislature snubbed the governor. The Illinois Senate was only in session for two minutes before adjourning. By comparison, the Illinois House of Representatives put in 650 percent more time – which me

ans they were in session for 13 minutes.

Now special sessions in Springfield (where lawmakers are forced to gather to deal specifically with one question) work well when the Legislature’s leaders have a plan, usually one that has been negotiated with the governor.

Lawmakers in the Illinois House and state Senate show up at the Statehouse, participate in the process of ramming a bill based on the plan through legislative committees, and then put it up for a vote by both chambers. Then they go home.

In theory, a Legislature that started at about 5 p.m. Wednesday could have given final approval to a solution by about 2 or 3 a.m. Thursday, and Blagojevich could have signed it into law in the next couple of days.

That would have averted the talk of crisis, by which the CTA says it will have to make major cuts in its bus and train service – 81 of 154 bus routes would disappear and up to 2,400 workers could be laid off – if there is no solution in place by Jan. 20.

But it was a complete waste of time for Blagojevich to call the Legislature into session when there was no plan for how to find the money needed for mass transit.

In fact, there has been no movement whatsoever toward negotiating a solution, as Blagojevich is barely on speaking terms with the two leaders – House Speaker Michael Madigan and Senate President Emil Jones – who are ostensibly his Democratic allies.

Calling the General Assembly into special session Wednesday was nothing more than a cheap trick by Blagojevich to try to make the general public think it was the Legislature’s failure to act that will cause service cuts.

Chicagoans who wake up on Monday, Jan. 20 and try to take the bus to work, only to discover that their neighborhood bus route no longer exists, are going to be angry. When coupled with the fact that many Chicagoans pay little attention to state government (thinking of it as a second-tier organization that ranks beneath the City Council in importance), many could take that anger out on their local legislator.

That’s really not fair. The legislators who make up the rank and file of the General Assembly would liked to have had a serious plan to consider last night.

They would have enjoyed casting a vote on a solution to the mass transit problem. Heck, they wanted to vote on a funding proposal several months ago. It is not their fault that this problem from last spring has lingered for so long.

For those who wonder why don’t the legislators pass something on their own, it doesn’t work that way. The legislative leaders determine when bills can be called for a vote, and they are not inclined these days to lift a finger to help Blagojevich look good.

Your local legislator is stuck having to wait for the powers-that-be to come up with a solution, and they are nowhere close to doing that. That’s why some legislators have been known to jokingly refer to themselves as “mushrooms;” because they’re always kept in the dark about things.

Of course, the legislators can engage in their own immature behavior. How did they respond to Wednesday’s call for a special session?

After participating in the brief non-sessions, they held committee meetings at the Statehouse, where they spent their time discussing Blagojevich’s proposal to shift $385 million in regional gas tax revenues to mass transit funding.

Instead of trying to find a real solution, they spent their time taking cheap shots at the Blagojevich plan, lambasting the governor for robbing money intended to pay for road maintenance.

No one is seriously trying to find a permanent solution to the mass transit problem. Blagojevich may try to come up with another temporary solution to flush some money to the CTA and delay service cuts, but lawmakers as a whole are more concerned these days about taking steps that will give them political cover and allow them to try to shift the blame off onto someone else.

Insofar as commuters are concerned, what is the bottom line?

People who rely on CTA buses or “L” trains to get to work or travel about town had better figure out an alternative transit solution pretty quickly, or else they’ll be stranded in a Chicago winter cold waiting for a bus that never shows.