A political operative allied with then-Illinois Senate President James “Pate” Philip, a Wood Dale Republican, once tried explaining to me why it is ridiculously naïve for people to ever expect politicians of Republican and Democratic persuasions to put aside partisan differences and work together for the good of the people.

His theory put blame on the political culture that absorbs Chicago city government and everything it comes into contact with. After watching the General Assembly try to provide adequate funding for Chicago’s mass transit programs, I’m starting to believe his GOP spin.

The problem, he said, lies at City Hall, where Democrats have dominated ever since the election of Anton Cermak as mayor in 1931 (a political trivia note; Chicago Democrats are possessors of the longest winning streak for a specific elective office in a country where legitimate Democratic elections are held.)

There may be Democrats running every single agency of Chicago city government, with Mayor Daley being all-powerful. But that doesn’t mean everybody gets along. Since the division of Democrats vs. Republicans is a non-issue (the city council these days is split 49-1, Dems-GOP), cliques are based on other factors. 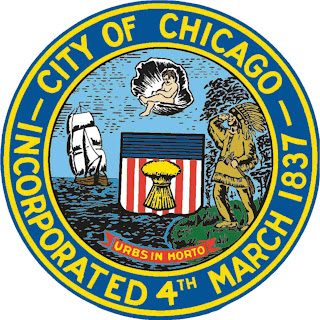 For many years, they were based on race. Anybody who watched the City Council in the 1980s under then-Mayor Harold Washington remembers the significance of the numbers 29 and 21 (white aldermen vs. black, for those whose memories are short).

But they can also be based on neighborhoods (South Side vs. North), socio-economic class issues and petty power struggles run amok. My GOP operative said those rivalries were the problem.

Anytime a Republican legislator negotiated some sort of deal or compromise with a Democrat, he automatically picked up all of the Democrat’s enemies.

“It’s never a problem with the actual issue at hand, it’s always a personal slight with those guys,” the Republican said. “Somebody did something to insult someone or steal a girl away back when the two of them were working their way through law school at night, so they’re enemies for life.

“It’s just so much easier, less of a hassle, to not bother with the other side and try to do it ourselves,” he told me.

That conversation came to my mind when watching the General Assembly this past year. The Democrat-dominated state Legislature and Democratic governor from Chicago oversaw a process in 2007 that still has not yet come to an end.

The General Assembly this

week is expected to return to the Statehouse in Springfield to consider a plan to raise money for Chicago mass transit programs by increasing the sales tax by 0.25 percent in the six counties that comprise the Chicago area. It also would create a new tax on real estate deals in Chicago proper.

They already have approved the plan once, but Gov. Rod Blagojevich made a legal maneuver that means he will only approve the bill into law if a provision is added to give free bus and elevated train rides to senior citizens.

Should the Illinois Legislature go along with the Blagojevich change, Chicago’s buses and trains will continue to operate without the draconian service cuts that were threatened by city officials if a plan was not approved by Jan. 20.

It also would bring the General Assembly’s business for the 2007 spring session to an end. So it only took until the third week of 2008 to finish business that was supposed to be complete by May 31, 2007.

I’m not sure how long the spring 2007 legislative session will be recorded as lasting, but it obliterated all previous records.

The record was 1991, when the Legislature did not finish its business until the early minutes of July 19. They were scheduled to end June 30 that year.

Later, in 1993 and 1994, the General Assembly did not get around to approving state budgets and finishing business until July 13 and July 12, respectively.

In all those years, the culprit was partisan politics. House Speaker Michael Madigan, a Chicago Democrat, was interested in seeing how far he could push then-Gov. Jim Edgar, a Charleston Republican, before having to compromise.

But now, it is the fact that the Chicago Democrat trio of Madigan, Blagojevich and Senate President Emil Jones let their private hostilities for each other get in the way of state business that caused this issue to languish so long.

It means that the City Hall way of doing things (petty feuds prevailing over public policy) has spread its tentacles down south to Springfield, now that the Chicago Dems are firmly in control of state government with no serious prospects of a Republican electoral takeover anytime soon.

Is Blagojevich upset because Madigan may have once snubbed him back in the days when Rod was subservient to the House speaker – he was merely the local politico who represented the Ravenswood and Lincoln Square neighborhoods in the Illinois House from 1993-96?

I still remember the outcry when Madigan, during Blagojevich’s 2002 run for governor, hinted that there were skeletons in Blagojevich’s political life from when he was a legislator, but then refused to elaborate as to what he was talking about. Is Blagojevich still upset that Madigan set up a piece of innuendo against him?

For his part, is Madigan miffed because Blagojevich’s election means he’s no longer the undisputed most powerful Democrat in Illinois state government?

In the mindset of Chicago “machine” politics, Madigan’s purpose for the past three decades was to keep the activities of the General Assembly and state government in line with the desires of Chicago and City Hall. Now, that’s a task for Blagojevich.

Is that why Madigan does nothing to discourage political chit-chat touting his daughter, Lisa (the current Illinois attorney general who actually is highly qualified for public office) as a future challenger of Rod for the gubernatorial post – thereby undermining Blagojevich’s authority now?

And what about Jones?

He has been leader of the Illinois Senate’s Democrats since 1991, but was merely a minority leader until four years ago. Is he still bitter about the way he was treated back in the days when he was the lightweight end of the Democratic leadership in Springfield?

I still recall the jokes that used to fly around the capitol during the 1990s about Jones’ incompetence. I once had a legislative aide privately tell me that Jones’ presence in a private leadership meeting about budgetary negotiations was little more than, “a waste of oxygen.”

This petty bickering wouldn’t matter, except that now it is impacting issues of significance to the general public. As an Illinois resident, I was embarrassed watching the way in which the Chicago Transit Authority was hit with countless “drop-dead” dates and had to have several short-term fixes in order to avoid massive service cuts all throughout last year.

So the big question in political circles these days is to wonder, “Which issue will be dragged out endlessly in 2008 because of the Democrats’ politically feuding ways?”