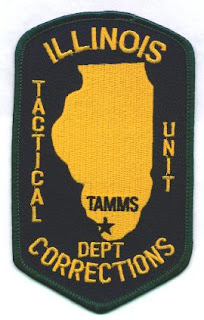 For all practical purposes, Illinois no longer has a death penalty.

The 11 inmates currently sentenced to die for their crimes all are in early stages of their legally mandated rounds of appeals, and it will be years before any Illinois governor will be put in a position of having to decide whether last-minute clemency is warranted.

In fact, the closed-maximum security prison at Tamms has a modern execution chamber that has only been used once in the nearly 10 years that the “supermax” prison in far Southern Illinois has been open.

But after watching New Jersey state officials this month take steps to abolish their capital crimes statutes outright, one has to wonder when Illinois will follow suit and make the ban official. Illinois’ stalemate on the death penalty issue is particularly sad when one considers that the state was once at the forefront of the abolition movement.

When then-Gov. George Ryan ended his political career early in 2003 by commuting the sentences of nearly 160 Illinois death row inmates to life in prison without parole, it seemed like just a matter of time before the capital crimes statute would disappear. But Ryan's successor, incumbent Gov. Rod Blagojevich, while leaving in place a moratorium that prevents the Illinois Supreme Court from actually scheduling executions to take place, has not wanted to touch the issue any further.

Republican candidates in the 2002 and 2006 gubernatorial campaigns tried to make an issue by saying they would eliminate the Ryan-imposed moratorium and re-instate death by lethal injection as a penalty for particularly heinous crimes.

But there doesn’t seem to be much of a taste for it in Illinois, which actually reflects the mood across the United States. The New York Times reported earlier this week that few states outside of Texas were doing any executions at all.

In the Midwestern Great Lakes states, only Ohio and Indiana have had executions – two apiece – during 2007. Forty of the 50 states have done no executions this year, even though 38 states had capital crimes statutes on their books until last week when New Jersey dropped the punishment and commuted the sentences of its eight death row inmates to life prison terms.

There’s the fact that most people consider the issue to be a moot point here because none of the people sentenced to death since 2003 are anywhere near ready to actually being scheduled for a death date in the lethal injection chamber.

It’s seen by many politicians as an issue best ignored until the future, largely because the segment of the population that favors capital punishment does so with a vengeance.

I still remember the sight of hundreds of protesters outside the Stateville Correctional Center near Joliet, Ill., who were on hand to cheer for the death of serial killer John Gacy. They went so far as to heckle and harass the clergy and other religious activists who tried to have a candlelight vigil and pray for Gacy’s soul. Any attempt to ban the death penalty will stir up a vocal minority, one that political people would prefer to let sleep until absolutely necessary.

That’s part of what made it shocking that the State Journal-Register, the daily newspaper in Springfield, Ill., came out this week in favor of an outright ban on the death penalty.

“Imposition of the death penalty is notoriously capricious, with racial, social and economic factors often becoming contributing factors in whether a jury decides a defendant should be put to death or spend life in prison,” the newspaper wrote.

“Fundamentally, our opposition is rooted in the issue of justice versus revenge. As a society, we can define justice through the laws we make and administer it through our courts,” wrote the capital city’s newspaper. “We can’t define revenge, nor can we as a society administer it, but often that is what we seek in applying the death penalty.”

Not that I expect the editorial to have much sway. In fact, some political people will go out of their way to back the death penalty just BECAUSE the Journal-Register called for its abolition.

But the death penalty is one issue where the Roman Catholic Church gets it right. The church used to accept the idea of executions out of the belief that some criminals were so dangerous that only their elimination would protect the public.

Executions were never supposed to be about vengeance, and the Catholic church sees modern prisons such as the Tamms “supermax” as being secure enough to protect the public from dangerous inmates.

The death penalty may once have had a place in our society. But today, executions are as obsolete as buggy whips, blacksmiths, a Model T Ford and the video game Pong. It’s time for the death penalty to die in Illinois.

The following link is to the State Journal-Register editorial calling on Illinois government to abolish the death penalty. http://www.sj-r.com/Opinion/stories/22418.asp
Posted by Gregory Tejeda at 12:29 AM