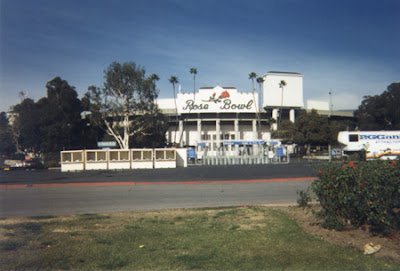 Because the Chicago Bears followed up their Super Bowl appearance with a losing record in 2007, the only excitement left for Chicago-area football fans is watching the Fighting Illini on Tuesday make their first Rose Bowl appearance in 24 years.

It won’t just be the University of Illinois alumni rooting for the Illini when they take on the University of Southern California, as much of Chicago views the Champaign, Ill.-based school as our area’s home team for big time college football.

So the people who are complaining these days that Illinois does not deserve to play in Pasadena, Calif., and has no business being on the same playing field as the mighty Trojans of USC had better realize they are taking on the muscle of the Second City when they make their sports slurs.

Typical of these slurs is a recent column published in the Torrance, Calif.-based Daily Breeze newspaper, which calls Tuesday’s game, “the matchup of no one’s dreams, unless you hail from Peoria. Unless Champaign isn’t something you imbibe on New Year’s Eve, but live in year-round.”

The writer hates the idea that Rose Bowl officials maintained “tattered threads of tradition” by having a top team from the Big 10 play a top team from the Pac 10 for their game that is a part of their Tournament of Roses parade and festivities, and admits to preferring the thought of West Virginia, Kansas State or Hawaii as an opponent for USC. 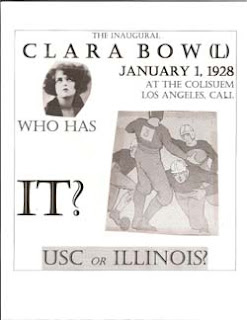 Now I realize when it comes to Big 10 football, it is Michigan and Ohio State that are the dominant teams with perennial bowl game ambitions. Illinois fans haven’t seen their team play in Pasadena since 1984 and haven’t actually won a Rose Bowl game since 1964 – beating Washington 17-7.

I’ll also concede the two schools’ history of football match-ups works against Illinois – the Illini are 2-10.

But we’re talking about a football program that produced one of the greatest names ever in college football (Red Grange), has 16 members in the College Football Hall of Fame and 5 alums in the Pro Football Hall of Fame. It also includes among its ranks Dick Butkus, the Roseland neighborhood native who went on to play for the Chicago Bears and whose name is still associated by football fans with animal-like ferocity. 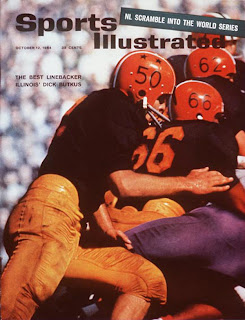 In fact, Butkus lives in Southern California these days. Perhaps we should send him walking around his home neighborhood to give a beating to any USC fans who get too condescending toward his alma mater.

There’s also the fact that Illinois is more than just a Champaign-based school.

Chicago colleges such as Loyola, DePaul and the University of Illinois at Chicago don’t have football programs. The University of Chicago dropped out of the Big 10 decades ago and now plays NCAA Division 3 football, while Northwestern University often plays as though it belongs in Division 3.

So those of us Chicagoans who want the pomp and ceremony of college football fulfill our fix by following the Illini, with the exception of the most die-hard fans of Notre Dame. But I suspect the Fighting Irish were so pathetic this season that even their fans will be willing to jump on the Illini bandwagon for a day.

An Illinois/USC matchup gives us media markets number three going against number two. This has the potential to be a classic Chicago-area/Los Angeles-area brawl.

Perhaps a Southern California-type is too effete to appreciate a game with brawl potential. But it is exactly the type of game that can be appreciated in Chicago. Does anyone really believe that fans of West Virginia or Kansas State could provide the same emotion?

As far as Hawaii football is concerned, their fans were hoping that an undefeated season would be rewarded by an appearance in the national championship game in New Orleans. A Rose Bowl appearance would have been seen as a letdown by their fans.

So while I’m not an Illinois alumnus, I must admit to now hoping for an Illinois victory just because I’m sure it would completely demoralize the Southern California types who are whining so much about having to cap their season by playing “lowly” Illinois in the same way some remain miffed that the Angels lost the 2005 American League pennant to the White Sox.

I will confess, however, to finding one aspect of USC football superior to Illinois, or just about any other sports program – college or professional. The Song Girls, USC’s famed cheering squad, is the most lovely of college cheer teams in existence – and far more elegant than the borderline sleazy behavior that passes for cheerleading these days at NBA and NFL games.

EDITOR’S NOTE: The California columnist who managed to irritate me so much can be found here: http://www.dailybreeze.com/sports/ci_7816918

Something much more pleasing lurks here: http://www.usc.edu/student-affairs/IMREC/spirit/song/
Posted by Gregory Tejeda at 12:09 AM