Is Rauner losing the rest of Illinois’ support? Or nothing but Dem fantasy?

Gov. Bruce Rauner’s efforts to keep real political power (and not just bear the title) is dependent largely on the idea of keeping the rest of Illinois united and thinking the problems our state faces are due to excess influence by Chicago. 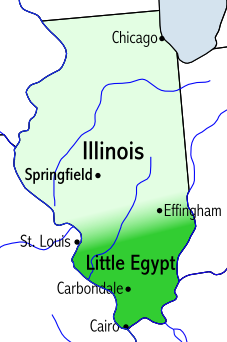 So what should we think of the new poll by Southern Illinois University’s political institute named for former Sen. Paul Simon? It’s the one that says the southernmost region of the state doesn’t think very highly of Rauner, nor the performance of Sen. Mark Kirk, R-Ill.


I’M SURE THERE are Democratic partisans who are going to put the overly-simplistic vision out there that says the people are rejecting Rauner, and that he may be causing harm to his GOP allies.


That’s just a little too easy to be accepted. Although I would think Rauner ought to have his concerns about how well-liked he truly is in the parts of Illinois outside of metro Chicago – particularly those southernmost counties where the nearest city of any size isn’t Chicago or St. Louis; but Memphis, Tenn.


For the record, the Paul Simon Institute did a poll of people in 18 counties; finding that 50.7 percent disapprove of the governor’s performance. Only 37.4 percent think the governor has done an acceptable job.


It also seems that only 15 percent of people think Illinois as a whole is doing the right thing in the way it operates these days.


AS FOR KIRK, only 30.4 percent approve of his stint in Washington, while 46.6 percent have no opinion of the man – even though he has been in the Senate for five years now.


Not exactly solid numbers for a political party that wants to believe its hard line stance in refusing to put together a state constitutionally-mandated budget is somehow an act of financial responsibility – and not reckless disregard for the people of Illinois.


Although historically, Southern Illinois was a region that leaned toward the Democratic Party. There were all those coal miners in the region known as “Egypt” who were inclined to think of the labor unions as their allies – and the others who just thought of Republicans as the party of country club-types.
Then again, the southern states used to be hard-core Democrat because they were still bitter about the Republicans being the “Party of Lincoln.” Those states are now the basis of the modern-day GOP, and are the ones who think there’s nothing ridiculous about the stalemate that prevents Congress from naming a new speaker of the House of Representatives.


BUT SOUTHERN ILLINOIS has changed to Republican-leaning as well. The past couple of decades saw many of the old Democratic Party legislators in Springfield get dumped for Republicans. I can remember a political observer who said the change was because “Southern Illinoisans realized the Democrats don’t care about them anymore.”


There also is the fact that places like Cairo, Metropolis and Eldorado are very inclined to think that Chicago is an alien land (Jackson, Miss., is closer to those municipalities than is the Second City). Making them susceptible to the Rauner message.


So it wasn’t a shock that all those Southern Illinois counties threw their support to Rauner in last year’s election cycle. That they were more than willing to think of former Gov. Pat Quinn as just a Chicago guy – even though Rauner himself is a Cook County guy who also has a place to live in downtown Chicago.


But should it be a shock that Rauner hasn’t exactly kept the support of Southern Illinois? Which is necessary because Chicago and the inner suburbs of Cook County are nearly half of Illinois’ population.


FOR RAUNER TO achieve the strength necessary to get away with defying a Democrat-dominated Legislature, he needs to have all of Illinois united against the city (which, by itself, is about 22 percent of the state’s people).


If Southern Illinois were to throw its lot in with Chicago metro (which when you include all the suburbs accounts for about two-thirds of the people), it could make for a miserable mess for the remainder of the Rauner term – and could mean people anxiously awaiting 2018 as their chance to “Dump Bruce!”


Then again, this poll could mean merely that people are disgusted enough to vote “No!!!” without really knowing what “Yes” is for. As the institute’s director says, “Voters here have been in a bad mood, and they continue to be.”


Which is probably the best for our society as a whole – we don’t really want to be a state that silences anyone who has the gall to speak out against the status quo. Particularly when our status quo is one that can’t fulfill basic obligations like a state budget.