Seeing reality? State budget is going to be a mess, no matter what happens

Is Illinois House Minority Leader James Durkin, R-Western Springs, experiencing a moment of clarity? Seeing what is bound to happen? 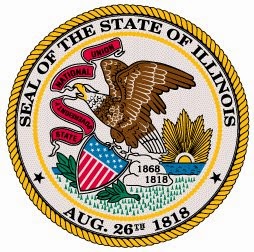 Or just accepting that he’s not going to be able to stop the budgetary process in any way that his Republican colleagues will be able to play partisan politics with?


MUCH WAS MADE of the fact that the Illinois House of Representatives this week approved several measures that are part of the state’s budget for the 2015 fiscal year (beginning July 1).


They’re passing them at levels that indicate there is going to be more money on hand – as in the state income tax that was raised temporarily for a few years will continue to remain at the higher level.


Rather than revert back to the lower levels of the past.


The theory is that by creating a budget that counts on the additional funds and by starting off the state government on a path of operations that uses the additional funding, it would then be pretty reckless for those ideologues who are absolutely determined to let the income tax increase wither away.


THEY WOULD SUDDENLY have to find billions of dollars of needed services to cut. Yes, it would be necessary stuff. There’s no fat to trim (not that much!).


Not only would bone be cut, entire limbs would likely have to be amputated.


There likely will be (particularly among non-Chicago-area Democratic legislators who are saying these days they want to vote “no” to keeping the income tax increase) much gnashing of teeth and ill-will created by some of the “aye” votes that will be cast.


But as I always suspected (and accepted as an ugly fact) that the income tax hike was going to have to be maintained, so be it.


EVEN DURKIN SEEMS to realize that. Based off the newsletter he likes to send out, he says, “The 73 bills passed by Democrats (as part of the state budget process) all but guarantee the permanency of the income tax.”


Now I’m sure that Republican gubernatorial hopeful Bruce Rauner is watching all this with a certain level of drool dripping from his lips. There are so many ways things can get bungled to his political advantage.


I’m already trying to figure out the next lame “Quinnochio” reference he will make that refers to this process – implying that Gov. Pat Quinn has been less-than-honest with the electorate about his intentions.


Although I’m inclined to think that Quinn has been so unwilling to speak, as though he’s trying to avoid saying something that would later turn out to be a lie.


LIE OR NOT, the situation isn’t going to be a pretty one. Which is why I'm amongst those who found humor in the rant of state Rep. Jay Hoffman, D-Belleville, who suggested that the reason Republicans are complaining -- without offering concrete alternatives -- is because their dog "ate" their plan to balance the budget.


The problem is that Illinois government, in addition to having to figure out a way to resolve its pension program funding shortfalls, has many serious obligations.


The educators alone are more than willing to take down anyone who dare suggests that levels of state funding will have to be hurt. These are educators who believe they’re already only getting 89 percent of what they’re supposed to get.


﻿
Anything lower, and we will have educators gathered up in anger to take down people who would suggest that they’re somehow the problem!


THAT’S WHAT THIS whole situation about funding winds up coming down to. Certain people are going to feel like they’re having the blame for everything that is wrong dumped all over themselves.


Whereas maybe if we’d accept the need to address issues seriously (instead of looking for ways to ideologize them), we’d be able to come up with a solution.


Which is why I wonder if all those people who are eager to believe Quinn is finished politically because a lot of people don’t much like him are missing the point.


They may not care about Quinn, but playing hardball with trying to eliminate funds that are needed to allow government to meet its obligations could wind up making the voters decide they absolutely detest those people by comparison!