Do you want the ultimate evidence that the concept of “New York sophistication” is a myth? 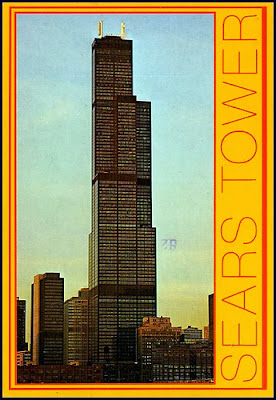 I’d say we’re getting it these days from those New York interests who are arguing so intently to have the status of “tallest building in the United States” placed on the new World Trade Center that is soon to be complete.


OF COURSE, IF that structure (built on the site of the REAL World Trade Center that collapsed in flames from the impact of two aircraft hijacked by religious extremists in the name of Allah) gets the “tallest building” status, it means that the Willis Tower, our very own, will be diminished to second-rate.


There actually was time spent last week by the members of the Council on Tall Buildings and Urban Habitat – which held hearings in our city to hear the arguments so they can reach a verdict in this extremely crucial (sarcasm intended) matter.


We had a lot of people get all worked up, thinking that their civic pride is somehow at stake. A classic Chicago vs. New York battle. Although anybody with sense realizes the ultimate Chicago vs. New York fight would be a World Series involving our cities ball clubs – and we’re behind (a win in 1917, losses in 1932 and 1938) in that department!


But back to buildings. As far as I can tell, it seems that the argument from New York amounts to the concept that the country’s tallest building MUST BE in that city, particularly since it is at the World Trade Center site.


IT WOULD BE evidence of our national supremacy that the tallest building would arise from the ashes of the bad memories of Sept. 11, 2001.


Except that anybody who believes that is just being ridiculous. If anything, I wonder if this nonsense-talk winds up trivializing the memories of what happened that day 12 years ago – perhaps even more than all the trivial nonsense emanating from Boston these days that desperately wants to believe that the Red Sox’ World Series victory this year was something the city was entitled to following the explosion at the Boston Marathon that killed a few and wounded many others.


Except that some of the talk coming from Chicago interests is coming across just as silly.
THE DEGREE TO which some people seem prepared to fight to ensure that Willis remains on top of the heap.


Personally, I think the greater blow to the building’s image was when it lost its long-time “Sears Tower” name (even though that’s what I still think of it as). “Willis” just brings up to many dinky jokes about the “Diff’rent Strokes” television show.


I still wonder if an “Arnold Tower” (about half the height of Willis) will someday be built a couple of blocks away.


For the record, I’ll concede the simple fact. It’s the decorative ornamentation atop the new World Trade Center that would give it a claim to “tallest” building. The top floor of Willis Center is higher in the sky than the top floor of World Trade.


YET I DON’T think it matters much. And I think the people getting worked up on both sides are being silly. Chicago won't have one less homicide this year, or one more baseball victory, if the "tallest building" status stays here.


Now if we really wanted to respond to this in a true Chicago style, we’d try to one-up the new World Trade Center. We’d find a developer who’d come in and build a new gigantic skyscraper that would put World Trade in its place.


Perhaps it could even top those skyscrapers being built in Arab and Asian nations that have the title of “World’s Tallest” building. THAT was the distinction that should have gotten people all worked up when Chicago lost it.


But I’m realistic enough to know that no one’s going to build anything like that anytime soon in Chicago.


IT JUST WOULDN’T be practical. It would create a heck of a lot more vacant office-space that would wind up going unused.


And harming our own local economy just to prove a point about tall buildings? That would make us look even more absurd than the Noo Yawkers who these days are obsessed about World Trade Center’s status in the nation.


-30-
EDITOR'S NOTE: I'm not touching the battle of which city has the better pizza. I don't think that thin crust stuff peddled as New York pizza is anything special, but the whole concept of "deep dish" is a completely different foodstuff that really ought not to be compared to it on any level.
Posted by Gregory Tejeda at 12:01 AM