EXTRA: No more Bennigans? I didn’t realize they were even still around!

I recall Bennigan’s chain of pseudo-Irish bars first becoming popular some 30 years ago about the time I was in high school – I remember a gathering of my high school newspaper staff that went to the restaurant (I had the chicken fingers – I don’t know why I recall that) for some sort of celebration.


I’m also aware that for awhile, the chain became a big deal with locations all over the world. I even recall the story that Michael Jordan met his first wife, Juanita, at a Bennigan’s on North Michigan Avenue.


BUT I HAVE to confess. When the company itself went bankrupt some five years ago, I thought that was the end. Just about every one-time Bennigan’s location I could think of had become something else. My "favorite" former Bennigan's location is the one that now sits empty inside the ballpark in Gary, Ind., where the Southshore Railcats play their ball games.


I didn’t realize the brand name still existed anywhere in Chicago. Until I stumbled across the Chicago Tribune report that says the Bennigan’s located at 150 S. Michigan Ave. (across the street from the Art Institute) is closing by mid-December. Some nearly 90 people could be out-of-work.


It’s the last Bennigan’s location in Chicago. Although it seems I have been unobservant enough to notice it still existed! 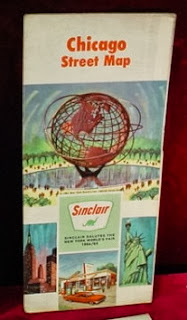 I’m not sure how big a loss this is, since I wonder how many others already figured the chain was a part of history – something along the lines of how Sinclair Oil used to have a slew of gas stations across Chicago or how Jack in the Box used to have local locations to peddle their burgers and tacos while giving us the image of Rodney Allen Rippy in their television commercials.


SOMEHOW, WE HAVE managed to survive. Other gas stations provide us our motor fuel – while also charging us ridiculously-high prices!


We’ll also manage to find restaurants with cutesy themes on those occasions when “eating out” is more about atmosphere than the quality of the food.