Where do we start?


Probably with the U.S. Court of Appeals in Chicago, which on Friday rejected the request of Illinois Attorney General Lisa Madigan to have the court meet en banc to consider the issue of whether Illinois must approve a law that permits at least some people to carry firearms concealed on their persons.


IT WAS A three-judge panel of that appeals court that ruled earlier this year (by a 2-1 vote) that Illinois ought to create some sort of “concealed carry” law – and set a 180-day deadline (ending in June) for the Illinois General Assembly to act.


The hope by people who detest the idea was that the entire appeals court would come in, review the case, and overturn the panel’s ruling. Thereby eliminating any legal pressure to have to act.


But the court isn’t going to do that. Which means the next step is taking the issue to the Supreme Court of the United States, where justices such as Scalia and Thomas are likely to not be sympathetic to the interests of Chicago-oriented government that would prefer to have tough restrictions on firearms within the community and don’t want the sparsely populated rural parts of Illinois to prevail.


So I’m sure there are some people who are convinced that this issue is over, and that the Legislature will now get on with the business of trying to pass something resembling concealed carry so that the guy who’s convinced he will be able to protect the world from the “bad guys” with that pistol tucked in his waistband will no longer be a criminal every time he sets foot outside his house.


I still believe the will of the majority of the General Assembly will be something equivalent to “contempt of court.” I really believe our state’s Legislature will ignore the so-called 180-day deadline and do nothing with regards to “concealed carry.”

After all, there are more important issues such as pension funding reform that need to be addressed. Or at least that’s what the conservative ideologues tried claiming when the Illinois Senate considered (and approved) gay marriage just last week.


Let’s be honest. It was Cook County State’s Attorney Anita Alvarez has a policy director who told legislators they could ignore the deadline – on the grounds that only the Supreme Court of Illinois could strike down an Illinois law.


WHICH, FOR ALL I know, will be the sentiment that will further encourage the U.S. Supreme Court to take this case on and rule in a way hostile to the beliefs of the many of Illinoisans.


Because that is another factor that is going to have to be taken into account. I honestly believe a majority of Illinoisans have little or no problem with the restrictions our state now has, and that the ideologues who shout from the rooftops are being given too much credit for the volume of their views.


How else does New York Mayor Michael Bloomberg get away without much of any criticism whatsoever for his political action committee’s meddling in a Chicago-area election for Congress?


Because many of us agree that the National Rifle Association has way too much influence in political matters and needs to be put in check.


SO AT A time when the firearms proponents are convinced that the will of law is determined to give them their way across Illinois (and impose their will on Chicagoans), they’re eventually going to find out how radical and offensive a thought that is to the bulk of us. 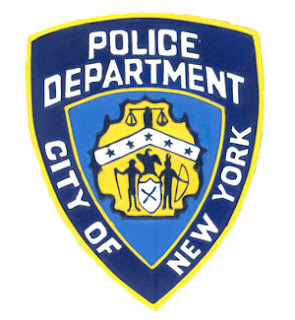 Because too many of us realize how realistic is a description put forth in a dissent to the appeals court rejection of the en banc hearing – a situation in which police in New York were within the letter of the law last year when they shot and killed a gunman who was a public threat.


But in that incident, nine other people who happened to be in the area also got shot by stray gunfire from police.


Somehow, I don’t believe that the people who most want to be able to “pack heat” are as good of shots as the NYPD. Or as knowledgable of the law about when it is appropriate to "open fire" in public.