From beisbol to baseball: looking forward to another dreadful season

I don’t seriously expect the World Series to be played in Chicago this year. Yet that doesn’t mean I’m not getting all giddy about the fact that baseball is back for 2013. 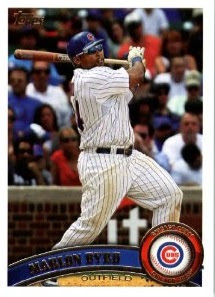 The Chicago White Sox begin their training camp for the season come Tuesday, while pitchers and catchers for the Chicago Cubs actually reported to their Arizona-based camp on Sunday.


NOT THAT I was waiting for those events to achieve a baseball fix.


Personally, I spent the bulk of the past week watching the Caribbean Series – the week-long tourney between the champions of professional leagues in Mexico, the Dominican Republic, Venezuela and Puerto Rico that gives us the campeone de Latin American beisbol.


No, I didn’t stay up ‘til 3:30 a.m. on Friday to see the Obregon City Yaquis of Mexico’s Pacific League win the tournament (beating the Escogido Lions of the Dominican Republic 4-3 in 18 innings).


But it was intriguing to see competitive baseball played at a quality level, while seeing some of the Latin American peloteros who in coming years will be playing for ball clubs in the U.S. major leagues.


IT WAS EVEN a chance to see former major league ballplayers such as Karim Garcia and Fernando Tatis continuing their careers as professional ballplayers – while also seeing one-time star shortstop Miguel Tejada play at a star level rather than the level of an aging ballplayer hoping to latch on this season with the Kansas City Royals.


And as someone who was rooting for the Mexican champion to win the tourney, it was intriguing to see the Yaquis’ right-fielder – Marlon Byrd, whom Cubs fans will remember for his outfield play at Wrigley Field in recent seasons.


Perhaps it was good that he was the only ex-Cub on the ball club – or else we’d be learning if the ex-Cub Factor has the ability to take down Latin American ball clubs in the Caribbean Series. 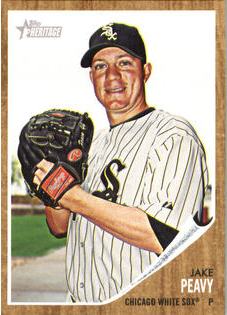 Byrd isn’t a Cub anymore (he’s hoping to latch on this spring with the New York Mets), but is hoping that his .318 batting average, 16 home runs and 46 runs batted in in 57 games playing this winter in Mexico will help improve his chances of playing this season in Queens, rather than with the AAA affiliate Las Vegas 51s.


IN SHORT, IT was the perfect set up week to the idea of spring training. We won’t get any of those exhibition games from Florida or Arizona for a few more weeks. But at least we have the promise of another 162-game season; which can be intriguing even if there isn’t a serious hope of a pennant race either in Bridgeport or Lake View.


I’m honest enough to realize that the White Sox will probably have a “winning” season (at least 82 victories), which is what they accomplished last season. Whether that is good enough to win a division title and qualify for playoffs come October is really going to be a question about how mediocre the rest of the American League Central division is.


Having to rely on someone else’s less-than-stellar play is NOT the key to a successful season. When the big off-season move is retaining the “star” pitcher and not acquiring anyone new, it’s not evidence of a re-crafted ball club.


Although it probably will be better than the Cubs; who are on the continuing process of Theo Epstein to turn them from trash to champions in coming seasons. But the shift of the Houston Astros from the Cubs' division to the American League could result in the Cubs being a last-place ball club this season.


IT’S GOING TO be a long and arduous rebuilding process, and one that may wind up in failure. Although I’m sure the Cubbie faithful will continue to show up at Wrigley Field in hopes of catching a glimpse (with apologies to Steve Goodman) of the “ivy-covered burial ground.”


But even when played poorly, there is still an appeal to baseball – the perpetual challenge of the “head game” one-on-one challenge between pitcher and hitter, the hot defensive plays in the field, the base hit that comes at a key moment, and the sight of a knuckleheaded fan who loses track of the on-field activity and snatches a ground ball that was still in play. 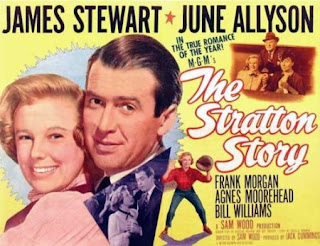 It was such that I even felt the need to dig out a copy on DVD this weekend of The Stratton Story – the fictionalized take starring James Stewart as one-time White Sox pitcher Monty Stratton whose potential star career got washed away due to a hunting accident. Seeing the film footage of the old Comiskey Park had its own appeal.


So even if former Cub Byrd’s inclusion in a championship ball club is the on-field highlight of 2013, the return of baseball to our burgh will still be one of the year’s highlights for Chicago. All the more appropriate that this year's season begins on April Fool's Day!