Obama backs it, yet Cardinal opposed. Will gay marriage come up for vote?

There used to be a time when religious people stayed out of partisan politics. The whole idea was that politics was part of what made this earthly existence wicked and sinful. 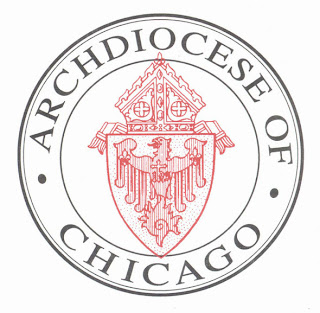 So trying to stay above it was the act of choice for people who wanted to live a religious existence in this life.


WE’RE DEFINITELY BEYOND that point these days.


Take the situation right here, where Cardinal Francis George wrote a letter this week that he’d like to think will be read by priests across the Chicago Archdiocese so as to motivate all the Catholics to take up the “cause.”


That “cause” being gay marriage. George wants Catholics to remind politicians how much they vote, and how they as a group do not want anything resembling marriage being permitted for gay people.


Personally, I’m still skeptical that anything will happen on the issue during the upcoming six days (the amount of time remaining until the Legislature elected in November gets sworn into office) on this issue -- even though I know that a state Senate committee was set to consider the issue Wednesday night!


I EXPECT IT more likely that things will be considered during the spring legislative session – which means they’d have until the end of May to consider things.


Then again, the people who are eager to make this change in state law might well want a quickie vote to give the opposition less time to do battle against them.


Which might well be the reason why Cardinal George feels compelled to say something – he doesn’t want this slipped through the gears of government without him having a chance to say something hostile. 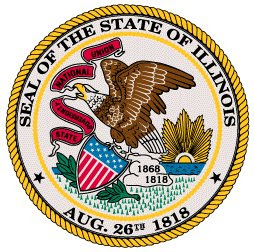 Because that is how his letter is being interpreted in some quarters.


GEORGE DOES GO so far as to say that he doesn’t consider the Catholic church to be “anti-gay.” He also makes a statement that Catholics who have gay people in their families ought to reach out and continue to show them love and compassion.


Disowning a cousin is an anti-Catholic sentiment. Actually, it’s an anti-civilized human being sentiment as well.


But let’s be honest. There are some Catholics who have their hang-ups, and try to use the church as a means of justifying them. Let’s not forget that there used to be people who justified racial segregation on religious grounds.


Only the biggest of nitwits still tries to use that argument these days. It makes me wonder if the sentiments expressed by George this week (“The state has no power to create something that nature itself tells us is impossible,” the letter reads) are someday going to be regarded with equal laughter.


PERSONALLY, I HAVE always regarded issues related to homosexuality as being one’s own personal business because I find some of the public expressions of sexual orientation to be tacky. Although I accept that our “freedom of expression” gives us all the right to be as tacky as we wish.


Too much of the Catholic opposition strikes me as people using the church to try to cover up their own tacky hostility to people who aren’t exactly like themselves.


Which is why I am somewhat offended by the idea of a letter that will be read to parishioners as though it were an order from God himself. Somehow, I think God (or at least as He was portrayed by actor George Burns) would be just as offended. 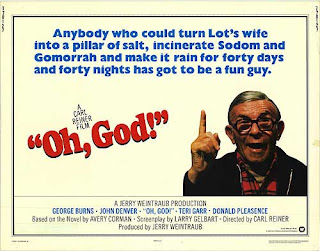 Although the real lesson of all this may be that the issue will get brought up before Tuesday in the General Assembly.


FOR WE HAVE President Barack Obama saying he’d like to see it passed, while George wants it to fail. Although for a real strange twist, the Capitol Fax newsletter of Springfield reported that Illinois Republican Chairman Pat Brady is now saying that he supports it -- claiming that the truly "conservative" position on the issue is to back it because it keeps government out of the issue altogether.


It would be a big bummer if the gay marriage issue wound up fizzling without so much as a single word spoken in debate by a legislator who will have to eat his words some three decades from now!