Lucky ’13? Even if we avoid “fiscal cliff,” we really didn’t solve problem


That is probably the best way to summarize the activity that our Congress engaged in during the workday hours on Monday – as they were trying to stave off the dreaded “fiscal cliff” that we’re falling off of.


THE TAX INCREASES mandated because of the federal government’s inability to reach real solutions toward fixing federal finances are supposed to be so “draconian” (another catch word that’s being tossed about these days) that we’ll sink into another recession.


Not that I seriously expect this to happen.


For it seems that the reality is going to be that our members of Congress some time in the first day of 2013 will manage to approve some way of resolving the “problem” (which is artificial in that it is a construct of the Congress itself).


The most-laughable concept I have heard in recent days is that the Congress will then take credit for “saving the nation” from economic devastation by lowering the tax hikes that ever-so-briefly went up!


DEVASTATION THAT THEY brought on us by putting this problem off for soooooo long – they did, after all, have the past year to try to resolve it. Yet how much serious discussion occurred until the final weekend? 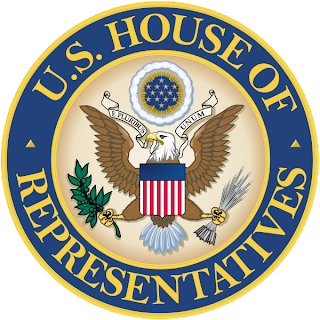 So when I heard President Barack Obama during the noon hour here in Chicago (real time, not that EST nonsense they follow in D.C.) say that an agreement was “within sight” yet “not done,” it made me realize that the cheap talk is in the air.

It didn’t surprise me to read later on the wire services that Obama and Republicans reached a deal to pass a measure that delay the tax hikes temporarily – in hopes that they can be permanently put off with a vote that could be taken Tuesday.

WE DON’T HAVE a solution. We may not have even had a real problem – just a partisan pissing match that won’t really go away until people get serious about government finances as a financial issue.


Instead of as a chance to score point on, and dump all over, their politically partisan critics. Which is what political people on way too many levels place their focus on.


I realize that a government official can’t do anything if they can’t get elected; meaning partisan politics is a reality that must be addressed.


Yet there are times when I wish we had officials who could actually comprehend public policy – and not just spout out a few “talking points” without really understanding what it is they’re saying.


THERE ARE TIMES I think the bikini-clad or evening gown-wearing models at auto shows know more about cars than politicians do about government finances!


It results in way too many events where the final solution that gets approved is just a stop-gap measure meant to postpone the problem from getting worse until some unspecified date in the future.


Take the other issue that many of the TV-types have tried to pair up with the “fiscal cliff” – the farm bill and provisions of it that were on the verge of expiring.


Had they expired, an obsolete formula (more than 60 years old) for determining farmer subsidies would have kicked into effect. That is what would have provoked the fears that the price of a gallon of milk could have shot as high as $8.


WHICH IS WHAT it really should cost – except for that dreaded “government welfare” that we give to the farmers in the form of agricultural subsidies.


Not that I’m bashing such use of federal funds. Helping to keep the price of food staples at a reasonable cost that people can afford to buy and consume it strikes me as a legitimate use.


As are many of the other things that some political people are looking to hack to pieces when they talk about the need for spending cuts in the name of “deficit reduction.”


They just want to cut the things that benefit people who might not be just like themselves! Which is why I have a hard time taking them seriously now. And find it reckless and irresponsible that they’d be willing to let a mechanism like the “fiscal cliff” be triggered to score a partisan advantage.


THE POINT OF the “cliff” is that it is supposed to be so horrible that we’d never want it to happen and would do anything to avert it.


Let’s hope that our political people in Washington keep that concept in the back of their heads during the next couple of days.


Because IF it turned out that we have this problem get dumped into the lap of the Congress that was elected in November (they take their oaths of office on Thursday), I really believe that we’d get to see the absurdly-low approval ratings for Congress drop to the single digits.


If not an outright zero percent backing.