Is the Twinkie the new New Coke?

This whole affair of the possible shut-down of Hostess products (“No More Twinkies!?!!”) is starting to take on the stink of New Coke.
﻿

Those of us who were around in the mid-1980s recall how the Coca-Cola Co. said it was changing its formula for the carbonated soft drink – only to revert back to the old formula after the public outcry was so intense.

WE NOW GET it under the brand name of “Classic Coke,” which makes me wonder if it was just a marketing spiel meant to make us appreciate more fully a product many of us were taking for granted and assumed would always be with us.

Which is how I think of all those snack cakes manufactured by Hostess – including the Ho Ho, the Ding Ding, the Suzy Q and the one that’s getting all the attention these days.

Hostess Bakeries has had its share of financial problems in recent years, and has tried to put the burden of balancing the company back to financial solvency on the backs of its workers and the labor union that represents them.

OFFICIALLY, THE REASON that company officials said Friday they’re shutting down is because not enough of the company’s employees were willing to cross the picket-line in the nine-day old strike that the union members were engaged in. 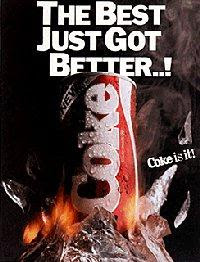 Company officials want their employees to take significant pay cuts; so significant that some employees say they’d be better off collecting unemployment benefits instead.

They’re trying to get the people of America to think in terms of those evil labor unions (whom they want to believe are closet Communists,  probably being led by their imperialist leader, Barack Obama) being responsible for them to not be able to get a Twinkie in the future.

Which is behind the fact that stores across the country have been seeing a rush on Twinkies and other Hostess products. People are trying to stock up on the snack cakes so as to postpone that moment when they eat their “final” Twinkie ever!

THAT KIND OF sentiment strikes me as someone who takes their snack cakes far too seriously. Then again, I recall people signing petitions and getting all worked up over the idea that somebody had tampered with their Coca Cola.

Of course, nothing is really a done deal.

There already has been speculation about all the other companies that might pay Hostess Bakeries some money for the rights to use product names such as “Twinkie” or “Ding Dong” on their own products.

There’s also the fact that a judge issued an order recently that is the reason why bakery and union officials spent Tuesday in mediation – hoping that the two sides can come to an agreement that will enable the bakeries to remain open and the Twinkies to keep coming off the assembly line.

BUT THEY COULD not. No one was willing to make anything resembling concessions. Which is why attorneys are preparing for a liquidation hearing scheduled for Wednesday.

That is, if the two sides remain stubborn (and it truly is the hard-line attitude of the company that is trying to place all blame on the union that is causing this situation). Who knows? Perhaps some sense can prevail? How ridiculous will all those people who stockpiled snack cakes during the weekend feel if it turns out that Hostess will continue to make Twinkies?
﻿
﻿

For their sake, I hope they have ample freezer space to store all those boxes they bought. Because those things do go stale after a few days if they’re left out in the open – no matter what tales you’ve been told about Twinkies being edibly invincible.

And not even the six-year-old in me would want to eat a stale Twinkie.