Overshadowed by “The Bodyguard?”

As much as I want to believe that the death this past weekend of singer Whitney Houston is getting waaaaaaay too much news coverage, a part of me is grateful for its timing. 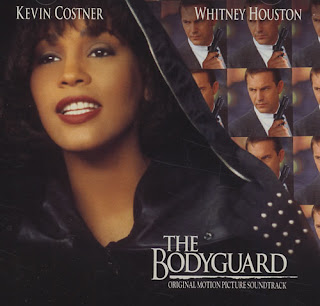 Because it means we’re not getting inundated with all the ridiculous rhetoric about the resurgence of the Mitt Romney campaign. After all, he “won” the Maine caucus on Saturday.

BUT TIMING INTERVENED. That was the same day that Houston’s body was found in the bathtub of a hotel suite.

So the Sunday newspapers had Whitney on Page One. Video snippets of Whitney were on so many newscasts. The BIG TOPIC of interest on the Internet was Whitney.

Heck, I couldn’t help but notice that CNN’s Headline News channel on Sunday scrapped all other stories to give us nothing but unending Whitney.

Even on Monday, Whitney stilled ruled. The whole “rest of the news cycle” amounted to just a few minutes of overview, before going back to all the analysts who gave us their viewpoints on the significance of Houston’s death.

WHICH MEANS MITT’S “comeback” after losing all those caucuses and primaries last week to Rick Santorum got ignored. Although I’m not sure if he’s pleased, or peeved, by that fact.

It could be a good thing, because the limited airtime means that only the basest of facts will get into the brief, 15-seconds-worth-of-copy that makes the broadcast write-up.
﻿

Which means the story is little more than: “Republican presidential hopeful Mitt Romney won the Maine caucuses held Saturday. The G-O-P candidates now move to primaries to be held February 28th in Arizona and Michigan.”

Which may be factually accurate, but really misses the whole point of what really happened in Maine.

FOR IT SEEMS that the powers-that-be in Maine were determined to put an end to Santorum’s streak – while also trying to bolster Romney’s chances of getting the Republican nomination (for the record, I think he will win the nomination. But he will be so battered that he will be easy Obama pickings no matter what ideological nonsense the president's critics try to spew).

So even though all the votes cast at caucus events were not yet counted, they declared Romney the winner.

After all, he was leading (albeit barely) when officials decided it was time to stop counting. So Romney wins.

And we’re not going to get a similar situation as what happened in Iowa – where Romney’s eight-vote victory turned into a 32-vote loss to Santorum once all the votes really were counted. Because Maine officials said they’re not bothering to acknowledge any outstanding votes.

WOULDN’T IT BE funny if Romney kept losing “victories” to Santorum? What it all really reflects is the fact that the Republican side of the presidential campaign is an ideological mess. Which probably makes for a nice sense of balance with the Democratic side – where Barack Obama is unchallenged now, and likely faces only a token challenge once the primary cycle ends June 26 in Utah.

Nov. 6 – the date upon which “America” will pick the person it hates the least to be president – is shaping up to be a snooze.

Not that anybody is concerned about any of that right now.

Because we have Whitney to get all sad about – particularly since the toxicology reports that will confirm exactly what chemical substances she had in her system at the time she drowned in a bathtub will not be available for several weeks.

SO THERE IS time to speculate and come up with crazed theories about what we think happened. I won’t be surprised if the real people of the United States put more thought into Whitney Houston’s death than they do the presidential primary cycle.

Which is sad, because I don’t exactly see Whitney as one of the immortal singers who has created a body of work that will live on for decades. Fifty years from now, people will be saying, “What’s a Whitney?”
Even the fact that her rendition of “I will always love you” was used in that third-rate film, “The Bodyguard” isn’t going to make her memorable. That song (originally done by Dolly Parton in a superior take) is more parody-able than listen-able. Any song performance where “The Simpsons” parody is more memorable than the film version itself can’t be that special.

Then again, that probably makes for perfect timing, since none of the Republican presidential hopefuls in this year’s election cycle is turning out to be all that special, anyway.