Andrew Bayley, the student at the Illinois Institute of Technology who turned Chicago into a convoluted puzzle, may have the healthiest attitude when it comes to comprehending the new ward boundaries for the City Council.
﻿

For Bayley is the student who built a puzzle shaped like a map of the city. Each of the 50 pieces of the puzzle is shaped like one of the wards.

AND WITH THE convoluted boundaries that will exist effective the 2015 elections, those pieces, the jagged shapes of the pieces will make for a tough puzzle to put together. He might have well created one of those 1,000-piece puzzles that show nothing but light-blue sky with an occasional cloud.

But the architecture student at least had fun with the whole concept – although he likely could make himself some serious money if he were interested (according to various news reports, he isn't) in mass-producing the puzzle.

Because my guess is that enough people are disgusted by the outcome of drawing new boundaries that they would have dished out a few bucks to have something that physically depicts their dismay. I would.

Personally, my family comes out of the 10th Ward – which didn’t change drastically. The same neighborhoods at the far Southeast corner of Chicago remain grouped together in one ward – with the only real question being “Will the rising Latino population there make it more difficult for the non-Latino incumbent to keep getting re-elected?”

But the point being that part of the city may be the ONLY segment of Chicago that didn’t get drastically altered with new boundaries – splitting up certain neighborhoods that like to think they’re special enough to be kept united and pairing up certain portions of unrelated neighborhoods to try to create wards unified by certain racial or ethnic considerations.

Because ultimately, that has become the most important consideration when it comes to putting together political boundaries of any kind.

The people who complain about convoluted borders and gerrymandering and who make arguments about how all city wards (and legislative and congressional districts) ought to be perfect squares or rectangles that respect the boundaries that we, as a Chicago society, have created for ourselves often are missing the point.

TRY DRAWING BOUNDARIES according to their restrictions (or letting a computer program do so that would ignore human factors) and you likely would get political boundaries that would wind up being unconstitutional.

We get those goofy-shaped districts in part because we have to take certain factors into consideration – and sometimes have to overcome those boundaries that we have created for ourselves. There’s no way to please everybody – or perhaps anybody.

Although I was amused when I learned the Mexican-American Legal Defense and Education Fund (which would have liked to have had more Latino representation in the City Council) was complaining that the attempts to maintain African-American political representation despite significant population declines could actually give white people a legitimate reason to complain about under-representation.

I don’t expect them to sue on those grounds. But it wouldn’t shock me if someone tries to make a legal battle out of this issue – counting on the fact that many Chicagoans are disgusted enough with the ward remap outcome that they would support anything that would cause the current map to be scrapped and create a “do-over” of sorts for the process.

THAT WOULD BE more of a headache than it our disgust with the current map is worth.

If it sounds like I don’t get as worked up as some people do about this issue, you’d be correct. Then again, maybe I’d be more outraged if my own family had been more heavily impacted (like I said, my relatives are all 10th Warders, and have been for many decades).

But it just seems so trivial in cases like the residents of the Beverly neighborhood, which used to be kept largely intact within a ward that had the number 19 attached to it.

Now, the 19th Ward has little to do with Beverly proper, and the bulk of the neighborhood got split up among so many wards. The people who had those red signs posted in their yards for months were definitely ignored by the powers-that-be who put together this ward map.

AND THEY’RE NOT alone. Although I’m sure the political powers-that-be are betting heavily on the fact that this map won’t really come into play until those elections three years from now, then again in 2019. Meaning, they hope we “get over it” by then. 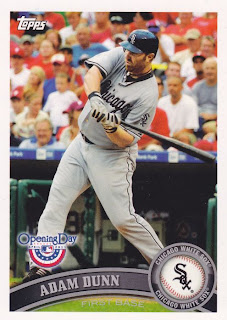 By the time the next election cycle comes after that, we will have yet another ward boundary map. Who’s to say what kind of boundaries we’ll have by then? For all I know, we may have ward boundaries so different that we’ll reminisce fondly (well, sort-of) about the “old days” of the 2010s?

Yeah. And maybe the White Sox (on the rebounding bat of slugger Adam Dunn) will win the American League championship this year. Fat chance!