No GOP front-runner? What’s the surprise

I wouldn’t have thought in these terms, but perhaps those people at Gallup are on to something. 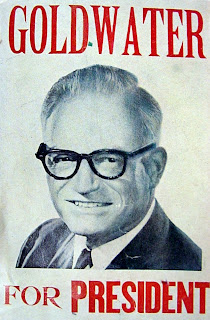 For their latest poll points out how the next presidential election cycle is already starting to show a unique character. There isn’t a front-runner for the Republican Party nomination to challenge President Barack Obama (it’s highly unlikely any Democrat will challenge the sitting president).
WHILE MANY OF us want to think that March of 2011 is way too early to be thinking of who will run for president in November of 2012, it seems that Gallup’s polling throughout the years has found that the front-runners for president at this point usually go on to win the nominations.
In short, it’s not too early to know. But this year, it is. A recent poll by the people who gave us the mood that resulted in “Dewey Defeats Truman” showed that Mike Huckabee, Sarah Palin and Mitt Romney were all virtually tied for support. Who’s to say how the actual campaign activity of Newt Gingrich (the one candidate who thus far has talked of running for president) will impact?
We really don’t have a clue who Obama will run against.
Gallup looked at their past polling related to presidential elections dating back to Eisenhower versus Stevenson in 1952, and could find only two cases where the eventual nominee hadn’t established himself by this point.
ONE WAS BACK in 2008 when John McCain’s hold on the nomination didn’t come until later in the cycle, and back in 1964 when the GOP wound up nominating the senator from Arizona, Barry Goldwater, to run against Lyndon B. Johnson.
So while Obama on Monday only had a 47 percent “favorable” rating (with 45 percent seeing him unfavorably), there seems to be confusion among his critics as to who is best to run against him. That confusion is going to add to the mess that will make it more difficult for the Grand Old Party to unite behind any one candidate.
In short, while there may well be some people in our society who despise the notion of “President Obama,” a significant number of us don’t feel that way. And we’re fully aware of the fact that the people who do feel that way have their own hang-ups that they should work through on their own – rather than try to convert the bulk of our society to their own warped image.
I also can’t help but notice that both of those GOP nominees who weren’t early front-runners for the presidential nomination ultimately went on to lose their respective political campaigns.
THE 1964 CAMPAIGN cycle, in particular, catches my interest. Because I wonder if the person who winds up winning the party’s nomination is going to wind up running the campaign that displaces Goldwater’s presidential bid for president.
You remember? He tried to run on the slogan “In your heart, you know he’s right.” Only to have that turned by his critics into “In your gut, you know he’s nuts” because of the perception that he’d be just a bit too eager to make the Cold War “hot” with use of the nation’s stockpile of nuclear warheads.
Nearly five full decades later, we can try to revise the history to claim that no one should have taken such rhetoric seriously, and that we should have listened to then-actor Ronald Reagan when he said we should vote AuH2O. Of course, it comes across as being as absurd as those people who try to claim Sen. Joseph McCarthy’s rants about Communism were right on the money.
It is Ideologue History 101, which I’m sure will have a new chapter 30 or so years from now about how the upcoming (to us) presidential campaign was an unfair attack on Palin/Huckabee/Romney/Gingrich.
IN MY MIND, the only significance up the upcoming presidential election is to see how ridiculous the campaign season gets, particularly with a GOP candidate trying to claim they’re being picked upon every time somebody calls them on their own outrageous rhetoric.
I particularly expect that if Palin (who according to Gallup had 16 percent support) gets the nomination, which is something I wouldn’t be surprised by. This is a woman who back in ’08 managed to take that trite cliché about “lipstick on a pig” and interpret it as a slanderous comment directed exclusively at herself.
That is the mood I expect for the next presidential election cycle, no matter who gets the nomination. Because I look at the list of prospective candidates and see a batch of people whose only real trait is a willingness to complain about what everybody around them is doing wrong – instead of telling us what they would do to improve society for all of us.
﻿

I even got my chuckle at the inclusion of New Jersey Gov. Chris Christie on that list. You know him as the guy who tries to cover up the short-comings of the Garden State by taking pot-shots at Gov. Pat Quinn and Illinois.
GALLUP’S POLLING HAD him at 1 percent support.
Which may be the ultimate sign that “the people” have sense enough to ignore a political windbag.
-30-
Posted by Gregory Tejeda at 12:01 AM