On this day that President Barack Obama is having the 1985 Chicago Bears make their appearance at the White House (minus the deceased Walter Payton, the not feeling up to it William Perry and the politically hostile Dan Hampton), I can’t help but think of another football-related moment involving the president.
﻿

It’s sort of football-related, as it was country singer Hank Williams, Jr., managing to offend the populace by making his comment that seeing Obama and House Speaker John Boehner, R-Ohio, playing golf together was an absurd sight.

HOW ABSURD? “IT’D be like Hitler playing golf with Netanyahu,” was what came out of Williams’ mouth just over a week ago.

He first tried to explain what he meant, then finally apologized (for implying that Obama fell into the “Hitler” end of that analogy). But now he has people thinking he’s a pea-brain, and ESPN is deleting his “Are you ready for some football?” slogan from the beginning of their NFL Monday Night Football broadcasts.

Which might not sound like much. But it was a high-profile moment that for many people was what he was best known for (that, and being the son of the real Hank Williams).
﻿

In listening to Williams try to explain himself initially without apologizing, he said that he was merely trying to express the absurdity of seeing two public officials who are so diametrically opposed to each other behave in public like they’re the best of golfing buddies.

WHICH MAY BE a legitimate thought to have.

But as I see this, what is offensive here is the idea that some people want to believe electoral politics is some sort of blood sport that requires the president and the House speaker to be enemies of the highest order, all because they choose to have different letters (the “D” for Obama, the “R” for Boehner) following their names.
﻿

If our government were truly conducting itself in a proper manner, we’d be expecting those high-ranking officials to work together. If anything, the real question about the sight of Obama and Boehner playing golf ought to be, “Where in the (excessively hot and miserable place for sinners) was Senate Majority Leader Harry Reid, D-Nev.?

Instead, we’re acting as though there ought to be animosity between the government leaders, and that somehow cooperation is a bad thing.

AND BY RESORTING to a comparison of the duly-elected leader of our nation to the leader of Nazi-era Germany, it seems clear that what is really being said is that Boehner is the one who should be avoiding all advances toward cooperation – no matter how serious the problems of our nation become.

It reminds me of the old City Council mentality of a quarter-of-a-century ago – the days of “Council Wars” when the opposition to then-Mayor Harold Washington was so intense that they were knee-jerk voting against anything he wanted.

No matter how much something was needed to keep the city going, they voted “no,” and would privately admit that a couple of years of a failing city might be a good thing in the long run if it persuaded people to blame Harold and dump him from office.

Of course, it didn’t work that way, and the fact is that we now are fairly unanimous in seeing the vapidity of such logic. Which is what I think we’re going to feel a few decades from now when we look back on the Obama years.

HANK WILLIAMS, JR., comparing Obama to Hitler is so absurd as to be laughable. I can’t really get offended by it. But hearing that it is somehow our duty to oppose the president?

That is a concept I can truly be offended by, particularly since Obama’s biggest offense among his most solid supporters is that he has been the guy who has gone too far in trying to reach a common ground with his opposition (one that is determined to see him fail).

It also makes me laugh to see these ideologues aligning themselves (in this analogy) with the Israeli prime minister. How many of the country music fans who listen  to Williams and his father would have had their own qualms of backing someone who is Jewish under any circumstances? 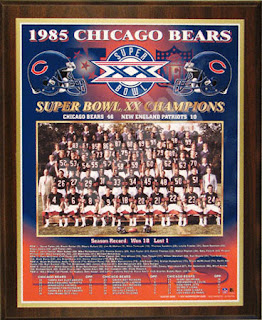 All in all, this situation provides for some bizarre circumstances that show just how absurd our partisan political ties have become. Perhaps the Jewish holiday of Yom Kippur could be extended to all of us so that we could spend tonight and Saturday atoning for some of our more nonsensical attitudes.

AND AS FOR Obama himself? He can indulge himself in some football fantasies by having the Bears over for a visit.

With former coach Mike Ditka and former quarterback Jim McMahon among those who say they will attend, Obama can relive those days of the mid-1980s not because of the hostile rhetoric against Harold Washington but for the unanimous love the Bears created (the sounds of fans barking like dogs still echoes in my brain) by actually winning a Super Bowl title.