How will these tests be spun politically?

I’m sure there are some people who viewed the Supreme Court of the United States’ ruling last year concerning tests administered to firefighters trying to gain promotion as some sort of blow to the concept of “affirmative action.” 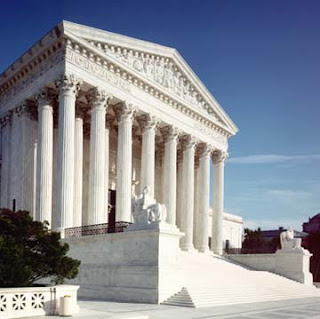 They want to believe that these tests are some sort of absolute that can be used. And if it turns out that these tests wind up producing higher ranks of firefighters and police officers that are more Anglo than the patrol ranks or of the population, that’s just the way it is.

AFTER ALL, THE best qualified are the ones who are passing these tests.

So I’m curious to see how these same people (the ones who deep down don’t want to have to acknowledge that the old way of picking public safety officials may very well be so flawed as to best be scrapped altogether) react to a court case now pending before the Supreme Court – one out of Chicago that could wind up costing our beloved home city millions of dollars.

All because the tests caused too many white people to get promoted, at the expense of “qualified” black firefighters.

The Chicago Tribune newspaper used its website Monday to report that hearings on the case appeared to indicate that the same Supreme Court that ruled 5-4 (with Justice Sonia Sotomayor on the losing end) in the case involving New Haven, Conn., firefighters had problems with the arguments being made by attorneys for Chicago who were trying to defend the use of the tests.

WHILE THIS IS just a reportorial observation and nothing will be definite until the high court actually issues a ruling, it would seem there are cases where the courts are willing to admit there are problems with the tests.

What is at stake in this new case is a test for Fire Department promotions given during the late 1990s. After some 26,000 people took that test, department officials said they would only consider hiring people who scored “89” or better – a much higher standard than had ever been applied before.

As it turned out, that produced a group of people who got promotions who were primarily white. Many of the black firefighters (about 6,000) who got scores that usually would have resulted in consideration for promotions wound up getting passed over.

The U.S. Solicitor General office had attorneys arguing on behalf of those who were challenging the test results, saying that Chicago city officials knew their handling of the test was discriminatory. NAACP attorneys were in agreement with that argument.

THE CITY’S CORPORATION Counsel got its day in court, with attorneys arguing on behalf of Chicago government that the use of such tests is necessary and that there is a time limit for people who wish to file legal challenges to such tests – a limit they claim most of those complaining failed to observe.

Personally, I know that latter point is one that many judges take seriously. I have seen many legal battles in my two-plus decades as a reporter-type person that ended unsuccessfully for the challenger because their legal paperwork did not comply with the letter of the law.

There are cases where the courts are more than willing to ignore an otherwise legitimate challenge because of a missed deadline or improperly-filed document.

But the Tribune report noted that justices, particularly Ruth Bader Ginsburg, were more concerned about trying to get to the substance of the argument.

IT WILL BE interesting to see what happens if the Supreme Court ultimately rules in a way that implies the tests were flawed. For that would force the issue back to the U.S. District Court for Northern Illinois, where one of our city’s federal judges ultimately would have to decide just how much in compensation all those black firefighters who might otherwise have qualified for promotions are entitled to.

Like I wrote earlier, I find this case intriguing just because I’m sure so many people were convinced that the Supreme Court’s ruling last year was somehow a victory for those people who don’t want to have to take racial composition or concerns into account in public safety, or any area of public policy, I would think.

In that case, city officials in New Haven tried in 2003 to overturn test results when they came back “too white” (although some like to claim it is a “big deal” that one of those firefighters denied was Latino).

I would interpret this activity thus far as saying that it is simple-minded to think that race is no longer a factor in the way in which our society’s institutions operate. For those who want to think.

THOSE PEOPLE (MANY of whom probably thought Sarah Palin was downright hilarious earlier this month when she mocked Barack Obama’s “hope-y, change-y stuff” campaign theme of 2008) thought they had a “victory” that could allow their limited view of our society and racial balance to prevail.

I personally would find it hilarious if Chicago, in its legal defeat, wound up socking an uppercut to their view of how our society should operate.

EDITOR’S NOTES: Could Chicago’s legal defeat turn into a “victory” for people whose sensible view (http://www.chicagobreakingnews.com/2010/02/supreme-court-chicago-black-firefighters-hiring-test-civil-rights.html) of our society should prevail?

People are still quibbling over (http://www.helium.com/debates/251643-did-the-supreme-court-rule-correctly-in-the-new-haven-firefighters-case/side_by_side) what significance should dominate in the New Haven, Conn., firefighters ruling by the Supreme Court.
Posted by Gregory Tejeda at 12:01 AM